They settle in every urban suburban and rural locations 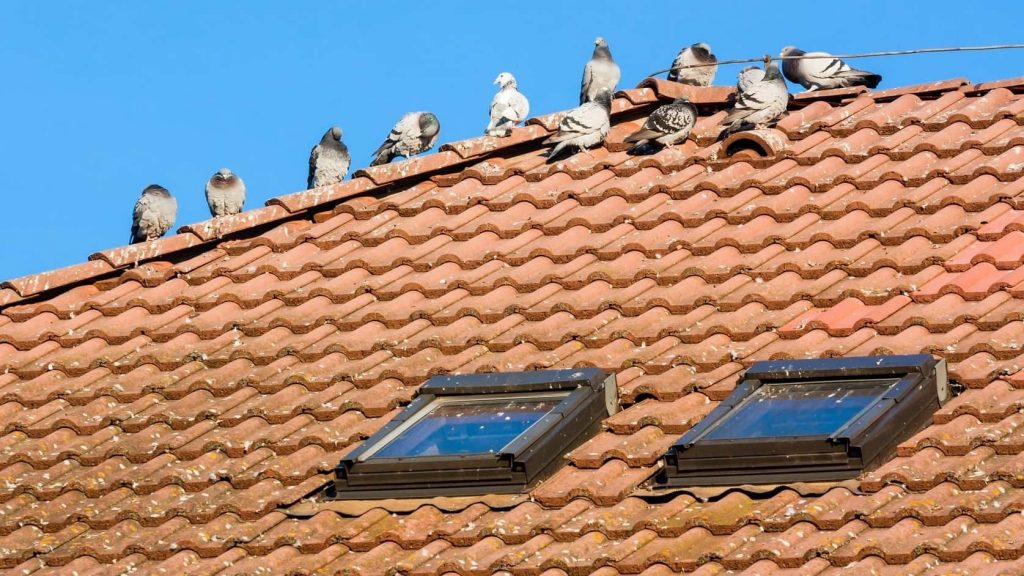 Pigeons living in cities are the main consequence of the urbanisation of domestic pigeons. They are, in turn, descendants of wild pigeons, raised by humans

Synanthropic populations are usually quite numerous. They settle in different urban, suburban or rural locations. They nest in garrets, bell towers, attics, monuments’ crevices, wherever there’s an opening or an empty space, that humans or predators can’t reach. Basically, they follow a plant-based and granivorous diet (cereals, sprouts and seeds), even though pigeons could also eat little invertebrates, mostly molluscs. In urban settings, the biggest part of their food comes from humans (bread, pasta, crumbles or garbage) and it is usually willingly given. Some groups of pigeons move to surrounding countryside, above all in sowing period and harvest season. In such a way they make “feeding flights”, up to 10 km from suburbs.

It is necessary to enforce effective systems to avoid the entry of birds into internal areas. Some of the most useful are self-locking double doors, nets to protects windows or screens to cover every crack in the walls. Concerning outdoor areas, it’s fundamental to reduce the chance of feeding and finding places where they could settle and nest. In this way, it is possible to remove any source of food. By the way, this method shall be combined with mechanical systems to keep them away.

or send an e-mail to info@volanvia.it